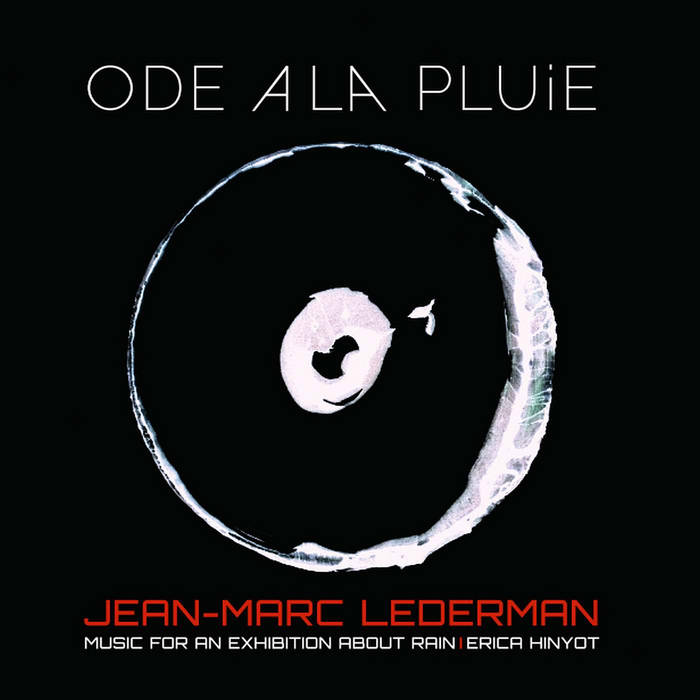 Jean-Marc Lederman: Erica, my wife, was preparing an installation around a poem & drawings created UNDER the rain : "Ode à la pluie".
These texts, drawings and paintings initiated an exhibition in the library/gallery "Peinture Fraîche". The idea spoke to me and I composed  5 pieces of music also called "Ode à la pluie" to serve as the sonic side of that special event. An original fragrance inspired by the poem  of the same name was even conceived by Anne Pascale Mathy-Devalck (from L’Antichambre). The visitor was indeed welcomed with  a full sensory experience.

At the B-Wave Festival a one-day only exhibition will showcase several of the works of Erica Hinyot from this previous exhibition plus some new ones. A very limited edition CDbox containing the accompanying music and including four specially made screenprints will be released for this occasion by Wool-E Discs imprint Belgian NeuMusik. Both artists will be on the premises for a talk about music, arts or whatnot.

About Erica Hinyot:
At a young age in Australia Erica Hinyot, who would become plastician and writer, is confronted to the rigor of deserts of sand and rocks and to the immensity of the ocean and its tempests. Like a challenge thrown at these powerful forces from nature, she has decided to fight back - or to dissolve herself – by implying her entire body in a conquering artistic act.
www.erica-icare.com

About Jean-Marc Lederman:
Jean-Marc Lederman is a Belgian music composer mostly known for his work with The Weathermen, Fad Gadget, Alain Bashung and The The.
In recent years he also started making music for videogames and conceptual soundscapes. One of these outings «The Space Between Worlds» was already released in a limited edition by Wool-E Discs in 2017.
www.jmlederman.com